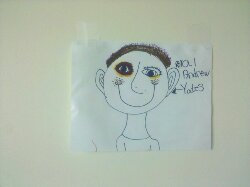 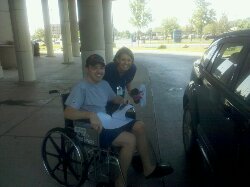 Tuesday, June 7, 2011 ~ As my car was growing wings racing to get to Andrew, a major revelation came swimming slowly toward the front of my brain begging to be noticed despite the chaos. Antithrombin…..3!!

“Barry. You’ve got to tell them something veRy important.” My voice was much calmer though i had no idea where the control was coming from.
“Now this is a long name so if I need to I’ll spell it out for you but it’s imperative that you tell the doctor that there’s a family blood disorder. It’s a clotting disorder. It’s life threatening. Its called Antithrombin 3. You hear me? Anti….thrombin…..3!!”
“Got it”
“You sure? ”
“Positive!”
“Hang tight. .. I’m coming! ”

In a flash, the research I gathered and enveloped myself in over the last 20 years all seemed like lies. Carriers? My ass! Everything I’d ever read stated that Males were only carriers. Lies. … all lies.

In that moment, this parent needed a parent. Every fiber of my being was awake and scared. He has to wait. Don’t die. He can’t die!

I frantically dial my dad’s number. I hear a sleepy “hello?”, and I’m a child again rushing to my daddy for all that my little legs can carry me. See, my daddy can fix anything! If he’s not completely sure if how. ..he’ll find out. He’s my Beacon on the Hill, port in my storm, my protector and my comfort. A daughter never truly outgrows the need for her daddy and on hearing his voice. …I broke.

Growing up the daughter of a preacher I’d heard the phrase “weeping and gnashing of teeth” often used when referring to times of great sorrow and loss. I now not only knew the definition. ..I knew the emotion.

Wailing, sobbing, and frantic, a stern voice does its best to break through the madness

A bit like cold water unexpectedly tossed in my face, I blink and catch my breath. I speak again. This time, not as fast, but nowhere near calm. I repeat it, not comprehending the word that are forming the sentences.

With choked staccato words I tell him what I’d just learned. As always, whether it was the words I no longer remember or the voice that so calmly spoke them, I can’t say, but whether or not my voice showed it, he had calm me down. Some. Along with the promise that he and my stepmom would be there as quickly as possible. Just that I was too calm down and drive safe. They’d be there. . Soon!

Looking back at it now, were those not exactly the same words I’d told them to pass on to my son? Parents will always be parents. Children will always be children.

Even to this day, I couldn’t tell you if she called me or if I called her, all I know is that again my sister was there. I remember talking with her. The begging and pleading for me to calm down. The honest fear in her voice as she tried to console me as I drove like a crazed woman with only one destination in mind. She asked me to pull over many times in concern for my safety. That WASN’T going to happen. …that was moments I didn’t know if I’d regret if I wasn’t there. …if I didn’t reach him in time. ..not a chance in hell itself would get me from behind the wheel of that car.

With a death grip on the steering wheel and my neck craned as if willing it to fly, the speaker phone crackled and she was gone too. No matter what she’d be there too. .. nothing would stop her either.

What should have been another hour and a half was shaved to just under an hour. The exit ramp was clear sailing. Anxiously I went through the traffic lights with the same mantra….GREEN….BE GREEN…OH GOD!!! BE GREEN!

Arriving at the hospital, the car is parked and barely out of gear as I leap out of the driver’s side door barely hearing it slam as I sprint towards the sliding doors with the words EMERGENCY ENTRANCE boldly glowing above them. In my haste, they barely opened and I ran through.

The nurse at the desk looked up. There was no doubt she saw the fear on my face when I asked her ‘Andrew y?’

No qUestions, no polite chatter or small talk, I was led immediately behind the security doors and straight into a private room and told the doctor would be right with me. In that she didn’t lie. Add the doctor walked into the room, I can’t even begin to imagine his thoughts as he looked at this distraught mother gazing anxiously at him just hoping she’d made it in time.

“Ms. Yates? (I didn’t correct him) I’m Dr.??? And I’m taking care of your son. It’s not good. He had a major clot throughout his brain along with a hemorrhage. I’m sorry to have to tell you this, but your son has suffered a stroke. (Silence..stunned…he continues) We’ve had to sedate him. Basically we put him into a temporary coma for a bit. We had to run some tests and he had an aggressive reaction to the medication. He’s intubated and is on oxygen for now. Just until he wakes up shortly. He became combative and we had no other choice in order to complete them. I’m not sure you should see him yet in this state. Maybe you should wait until after he wakes up and we take the tube out”

With that last seNtence, I’m once again fully aware and alert. I’d heard those wOrds before. I was nearly kept away for the same reasons before. My mind rushes back to another small waiting room years before. I’d driven like a mad woman that night too. I’d missed her by 15 mins. It was my Dad that fixed it then for me. You see. ..a nurse had used the same reasons after my arrival on hearing my Mom had already coded twice and been transferred to a hospital I’m St. Louis. My dad assured them I’d be fine. I was. It was the last time I saw her. She passed shortly after I got there. My dad says she waited for me. That wasn’t happening again this time. Nothing would keep me away from him and I nearly dared them to try.

I walk down what seemed like a never-ending hallway. Finally the doctor ducks into a patient triage room. I follow him. There, on the gurney, lies my son. Pale. . Intubated…. black eye. … stitches. ..oxygen mask. …

He slowly turns his head to see who had entered the room. I can barely breathe as i look him over. That’s when our eyes met. . His wide and scared. … and crying. I rush over to him and through a tear-stained half-hearted smile, I look down as he mouths over the mask “you’re here” and begins to cry harder.

I lean down to him and I clutch him to me as a mother bear protecting her cubs. I held him so tight that even the angels themselves couldn’t pry him from my arms. In this battle, on that night, we succeeded. We had both earned our survivor badges. Through the long days ahead there were several more hurdles and battles to conquer. But we did so….. together.

I hope you’ve enjoyed following me through this series of posts. Although an emotional journey, it’s a story that needed to be shared. You’re not alone. There’s always someone who will understand. Spread the stories so others may learn from ours. 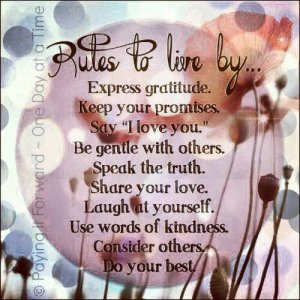 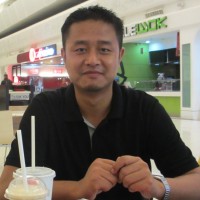